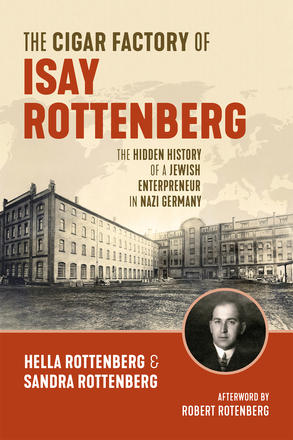 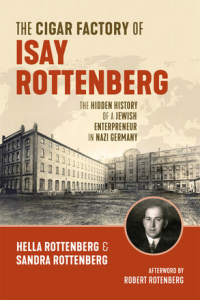 In 1932, Isay Rottenberg, a Jewish paper merchant, bought a cigar factory in Germany: Deutsche Zigarren-Werke. When his competitors, supported by Nazi authorities, tried to shut it down, the headstrong entrepreneur refused to give up the fight.

Isay Rottenberg was born into a large Jewish family in Russian Poland in 1889 and grew up in Lodz. He left for Berlin at the age of eighteen to escape military service, moving again in 1917 to Amsterdam on the occasion of his marriage. In 1932 he moved to Germany to take over a bankrupt cigar factory. With newfangled American technology, it was the most modern at the time. The energetic and ambitious Rottenberg was certain he could bring it back to life, and with newly hired staff of 670 workers, the cigar factory was soon back in business.

Six months later, Hitler came to power and the Nazi government forbade the use of machines in the cigar industry so that traditional hand-rollers could be re-employed. That was when the real struggle began. More than six hundred qualified machine workers and engineers would lose their jobs if the factory had to close down. Supported by the local authorities he managed to keep the factory going, but in 1935 he was imprisoned following accusations of fraud. The factory was expropriated by the Deutsche Bank. When he was released six months later thanks to the efforts of the Dutch consul, he brought a lawsuit of his own. His fight for rehabilitation and restitution of his property would continue until Kristallnacht in 1938.

The Cigar Factory of Isay Rottenberg is written by two of Rottenberg’s granddaughters, who knew little of their grandfather’s past growing up in Amsterdam until a call for claims for stolen or confiscated property started them on a journey of discovery. It includes a foreword by Robert Rotenberg, criminal defense lawyer and author of bestselling legal thrillers.